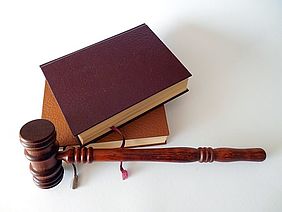 Let's first give a brief reminder of the events.

Natasha Ednan-Laperouse was an English teenager who was going to Nice (France) in July 2016 by plane for her holidays. At the airport, she orders a baguette sandwich that had no allergen labeling. Natasha was allergic to sesame, and unfortunately sesame seeds were present in the sandwich (but not on the surface as it is often the case). Despite two injections of Epipen, her father can not bring her back. As a result of this tragic news, the government is taking action to toughen up the law to require the labeling of allergens to more food products. Indeed, this law that will enforced in October 2021, requires that allergens are identified on the labels of ready to eat packaged products.

Following this announcement, a few days later, Owen Carey lost his life, following an anaphylactic shock due to the ingestion of dairy products. At the restaurant he warned the staff of his allergy and was assured that the product he was eating was safe for him. Only the chicken in his burger had been marinated in buttermilk.

In light of these tragic events, we must remember the urgency of imposing on all food suppliers, not just manufacturers, but also restaurants, and small-scale fast-food businesses, the appropriate allergens labeling of food products. This requires training for all of those working in the food industry and to give them the means to understand, manage and prevent the presence of allergens in food.