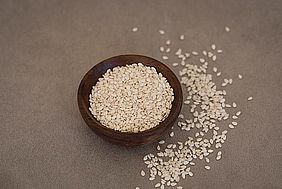 Two articles have recently appeared in the press in the United States to review sesame allergy. It should be noted that US agri-food companies that use sesame as an ingredient are not required to list it as an allergen and are not required to report cross-contamination with "may contain"label on food packaging. This situation can be dangerous or even dramatic for American consumers with sesame allergies who face an invisible danger. But recently the state of Illinois has taken the lead in forcing companies in this state to identify sesame as an allergen. This momentum may be followed by other states and maybe by the entire country.

Both articles in question can be read here and here.