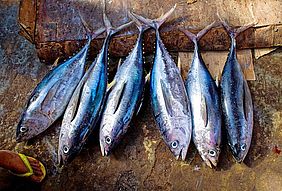 A research team focused on fish fraud in Argentina and more specifically in the large Buenos Aires market.

The publication is available for free here.

In discussion the authors indicate that 35 of 164 (21.34%) tested nets were mislabeled. Is it a will? Is it a mistake? According to the authors, since the species of "replacement" fish is often less expensive than the species on the label, there is every reason to believe that it is a question of food fraud. Subsequently the authors compare their results with publications reporting cases of fraud in other parts of the world.

Here is a small summary:

- Brazil : 255 samples, 17.3% mislabeling and a similar pattern across different regions of the country

- South Africa : 10 of 108 (9%) samples from wholesalers and 43 out of 140 (31%) from distributors were mislabeled. In this study, the authors argue that in the majority of cases it was indeed an intentional act in order to make profits.

- Italia: (1) 80% of "palombo" samples were not form this fish species. (2) 32% of processed fish (69 samples tested) were mislabeled. The authors report that 18 cases were major frauds with economic and nutritional consequences.

These few studies show that fraud in fish is a global problem.

The identification of fish species is mainly done by DNA analysis and this identification has been possible, for many studies, thanks to a database called FISHBOLD developed by Canadians from Guelph University.