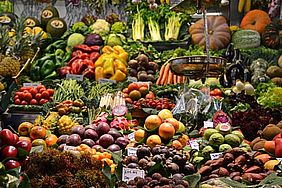 An article in Global News and in many other newspapers tells the story of Mr Randy Constant and three partners who sold as corn and soybeans certified as organic at a very low cost; but the grains were not organic. These products were mostly sold as animal feed destined to be slaughtered and sold as organic meat. The trick of these scammers was to produce traditional corn and soybeans and add certified biology seeds. The mixture was sold as organic. This is a case of product dilution. This fraud has been perpetrated for 7 years (from 2010 to 2017). This case highlights the weakness of the control and prevention systems in food companies that should have verified the authenticity of the organic seeds. Similarly, more controls on organic products should be undertaken by government authorities, as these controls pose a threat to fraudsters who would be less likely to attempt these adulterations. The major problem remains the loss of consumer trust in their food production system. Consumers only have the "certified organic" logo as an indication and this case will definitely make them think twice before buying an organic product that is usually more expensive than traditional ones. Finally, this case will probably have the effect of reducing sales of organic products which will impact the sector and by extension producers (honest) of organic products. It should be noted that the actions taken by the government to detect fraud, arrest the fraudsters and put them in prison will have the effect of demotivating some who planned to repeat Mr Constant scam.